The Mekong Delta is one of the key agricultural economic zones in Viet Nam, with an area of 40,816.4 km2 and population of 17,804,700, representing about 18% of the country's population (GSO, 2018). In the region, paddy rice and aquaculture are the main economic activities. In 2016, the region contributes 58% and 71% of nationwide in terms of volume, valued at US$ 1.6 billion and $US 3.8 billion for rice and aquaculture respectively, in which shrimp farming contributes about US$ 2 billion (MARD and VASEP, 2016). Although the shrimp export brought billions of US$ and created jobs for millions of farmers, the master plan for the shrimp industry is still in existence. From 2000 to 2007 the area of shrimp farming in the Mekong Delta increased more than twice from 252,000 to 573,000 ha and continued to increase slightly. By 2011, the area of shrimp farming in the Mekong Delta reached 580,000 ha and about 630,000 ha in 2017. The fast growing of the shrimp industry is not only the increasing area but also the problem of intensification.  The Mekong Delta is most vulnerable to the impact of climate change due to sea level rising and some implied impacts are more flood and droughts (with less water in dry season), possible permanent inundation for some areas, increased salinity intrusion, both in terms of area and duration (Vu, D.T, et al., 2018; Hanoi Forum Towards Sustainable Development, 2018; Smajgl, A. et al., 2015) and increased risks of infectious diseases. In addition, the shortage of fresh water in flood season is now seriously increasing, which is one of the reasons for the decrease in rice cultivation area. Farmers face difficulties to maintain 2 to 3 crops of rice cultivation as before due to invasive and prolonged salt with high salinity. These changes, together with the limited availability of salt tolerance varieties, are challenging the sustainability of rice cultivation in some areas of salt-and-salty interstitial zones. This affects conventional farming systems and is a threat to the livelihoods of many coastal communes in the region. Moreover, shrimp farming in particular and agricultural production in general face many other challenges such as water quality, environmental conditions, seed quality, feed and other input services. Therefore, integrated aquaculture adaptation to climate change have shown as an economic efficiency and environmental sustainability farming system (Pham Anh Tuan et al., 2015). However, with the rapid changes, without effective solutions it can easily break land use and production planning and rampant development will cause negative effects (Directorate of Fisheries, 2015; Ngoc Trinh and Minh Khanh, 2016). The paper aims to improve sustainability of integrated aquaculture by deeply analysing the case of shrimp – rice rotation farming system in An Bien district, Kien Giang province, the Mekong Delta, Vietnam.

Kien Giang province is strategically located in the Gulf of Thailand, close to Southeast Asian countries such as Cambodia, Thailand, Malaysia and Singapore. The province has favorable conditions for economic activities with other countries and at the same time acting as a bridge connecting the provinces of the western region with the outside. With an area of 6,348.8 km² and a population of 1,810,500 people (GSO, 2018), the province has strengths in agricultural development, tourism and aquaculture. From 2000 to now, the economy has been growing steadily, helping Kien Giang to develop and raise incomes for people. 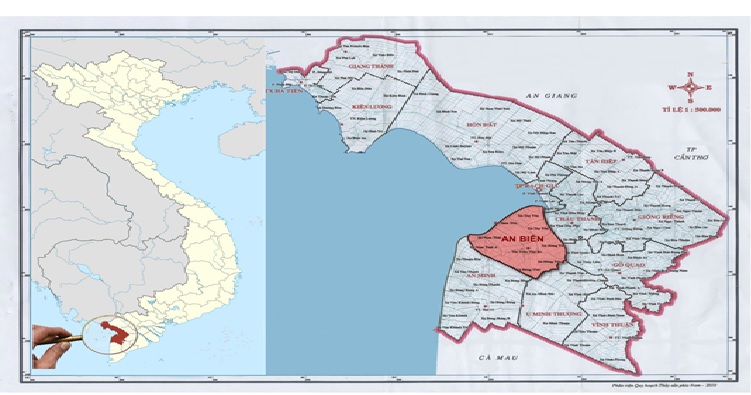 Figure 1. Map of Kien Giang province and An Bien district

An Bien district has a great diversity of agricultural production systems, which has resulted in many applied integrated models of agricultural - forestry - aquaculture. The rice production in "larged field" harvesting average 4.5 tons/ha and many models of intensive fish farming is invested with high efficiency and stability. In particular, the model of shrimp and blood cockle is strongly developed in the district. Recently, the tendency of shifting from salinity-sensitive rice cultivated areas in the dry season to producing one rice crop - one shrimp farming has brought economic efficiency and adaptation to environmental change conditions.

The paper aims to improve sustainability of the integrated aquaculture adaptation to climate change by analysing the case of shrimp – rice rotation farming system in An Bien district, Kien Giang province. The survey was conducted with 100 households and group discussions with different stakeholders in the district. The results show that shrimp farming in the model bring more benefit than the rice monoculture system. However, the financial efficiency of shrimp farming is affected by the way of farming that the households applied (using of nursing pond and fingerling testing). In the context of climate change, the system intermediates between rice cultivation and shrimp farming which helps farmers gradually adapt in order to stabilize and improve their income. The model also brings social contributions such as creating seasonal job, stimulating the development of logistic activities. In terms of environmental sustainability, controlling use of chemicals and antibiotics, and ability to expand the system to other districts are the main benefits. For sustainable development of the model, a number of suggestions have been made for improving land use planning and investment; strengthening quality management and inspection of shrimp farming; and improving production organization & management and extension services.